I have to admit that when we crossed into Iranian airspace from Turkey I did naively look out the windows to see if there was any difference. I don’t know what I was expecting to see, green coloured streetlights?

Travelling around for a few weeks I did however see a few things that seem peculiar to Iran.

When I mentioned I was going to Iran one of the first questions was ‘Is it safe?’. All things considered I felt a hundred times safer walking around Iranian cities at night versus South America. Bake in the fact that as a tourist everyone would know I had to carry a big wad of cash as credit cards and cash cards don’t work and it was one of the safest places I think I’ve visited.

Ironically Iran is probably the most stable part of the entire region (having Pakistan, Afghanistan, Iraq nearby is probably a flattering comparison).

The currency is rials but people commonly speak in ‘tomans’ which is the rial price divided by 10. So with 30000 rials to the dollar the zeros seem to appear and disappear depending on what it is and whether it is in tomans or not. Eventually one adjusts.

Realising my millionaire ambitions in the Islamic Republic

That’s right, cubicles for everyone. The only urinal I saw was in a locked cubicle with a toilet which made it somewhat redundant!

Separate areas for women on buses and metro

They have this in Japan but here it’s a bit more obvious, even on public buses. Travelling in the evening it’s a bit odd to have part of the bus completely empty while men are crushed in but at least the women get the front of the bus 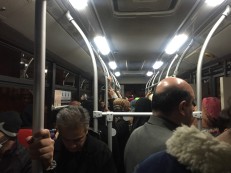 Men cramped in down the back

Not a woman in sight on the metro in the evening

Religious counselling in the metro

These little stands were manned in several metro stations – when I asked I was told they were there for people to talk through any religious questions or problems with a cleric. Don’t expect to see an equivalent on the Northern Line any time soon.

These street charity boxes are everywhere in Iran, hotels, pavement, even in isolated bus waiting shelters. The money gets collected and distributed specifically to widows and orphans. 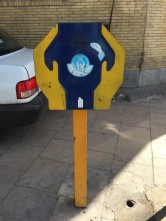 In cities like Tehran and Shiraz women wear the hijab headscarf so far back on their head that it seems held on only by hairspray while the front is covered by enormous designer shades.

Hmm oysters create a pearl to get rid of an irritant foreign body…not the best analogy!

Elsewhere the long black flowing chador is de-rigeur. Very rarely did I see any face covering, I was told this was an Arab custom and not Iranian although some traditional communities in the south have closer links to Arab countries and may wear it.

The Gulf is the Persian Gulf

Persians are not Arabs – emphatically not. I was told this several times even though I knew it already. This extends to the naming of the Gulf. Iran insists on the (UN recognised) historical name of the Persian Gulf.

The Arabic states in the 1960s started pushing for the Arabian Gulf. This diplomatic spat has been going on for years to the extent that if the US State Department wants to irritate the Iranians they will mention the Arabian Gulf in a news conference contrary to their own guidelines.

The Iran-Iraq war created enough dead soliders to be considered martyrs to cover the entire country’s roads, billboards and everywhere else inbetween.

These black and white faces of young men stare out at you from posters and street signs wherever you go. Usually with flowers in the picture to represent they are in paradise now. 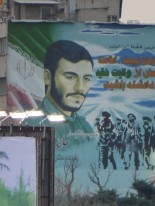 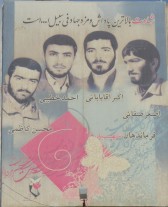 From media perceptions you would expect people to be burning flags at the drop of a hat but instead the ordinary people are embarrassingly welcoming. Obviously aware of the distorted picture painted abroad there were many ‘What do you think of Iran’ questions.

I lost count of the times people would welcome me to Iran, give a phone contact in case I had questions, shop-keepers come out of their shop with biscuits etc.

2 responses to “The Iran beyond the headlines”